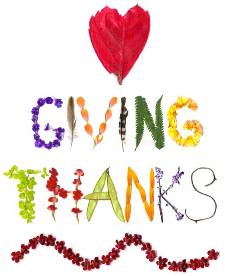 I stood in my den last August, stunned, watching my TV. There was Jim Bakker being half-dragged, half-led from his lawyer's office in Charlotte, N.C. His hair disheveled, his shirt pulled out at the waist. His face anguished in fear. His wrists in handcuffs. His ankles in leg irons. Federal marshalls put him into the backseat of a car where he collapsed.

He was later driven to a federal prison in Butner, N.C., and committed to the psychiatric wing for evaluation.

"What's your response?" the newspaper reporter wanted to know when she called me several hours later.

"A mixture of sadness and thanksgiving," I said. "I don't understand."

I was sad for what Jim Bakker was going through, No Christian, regardless of our opinion of the PTL fiasco, has the right to feel smug about the Jim Bakker disaster.

Who among us can stand under the searchlight of scrutiny if it were turned on our hearts? Like Bakker's associate, Richard Dortch, we have no choice but to plead guilty.

The only difference between Jim Bakker and me is degrees. He got caught. So far, I haven't. No, I haven't done anything illegal. (Of course he didn't think he had either.) But I am immoral. If not in deed, certainly in thought.

Only by the grace of God have I not been hung up to dry in public—my sins exposed for the world to see. So I was sad. But also thankful. Deeply thankful I have been spared what Bakker and others have had to experience. The evening after the national news ran all those clips showing Jim Bakker's breakdown a local man called me on the phone. "Boy, what an act. They ought to give him an Oscar."

All I could say was, "Lord, be merciful to me, a sinner." I wrote Bakker a note that week. "Thank you for your years of faithful service. I thank God for people who found Christ through your ministry."

One thing a man doesn't need when he's down is more condemnation. A former pastor, a good friend of mine, made some horrible mistakes last year. He got involved with a woman in his congregation. The church officials, without even a blink, fired him—even though he bad voluntarily broken off the adulterous relationship before confessing to his elders.

Now he's struggling, not only because he's been denied the high honor of preaching, but because he's having to work at a secular job in the same town where he was disgraced. He told me how much it meant, when everyone else was running him down, to have one person call and say, "Thanks for what you meant to me and my family when we were going through a tough time."

My father died at the age of 87, 12 years ago. On his 81st birthday I drove down the Florida coast to his home to spend part of the day with him. "If you had to list the 10 most significant things that have happened to you during your 80th year, what would they be?" I asked.

He smiled and said, "l'd have to think about the last nine. But I can show you number one." He got up from his chair at his desk and walked over to his filing cabinet. Sorting through the top drawer he pulled out a letter and returned to his desk.

It was from the chairman of the department of English literature in a large Midwestern university. He read it to me, as if he were reading from the Bible. "Sixty years ago," the professor said, "I sat in your high school English class at Delphi, Indiana. Rudyard Kipling, John Greenleaf Whittier, Henry Wadsworth Longfellow—they all came alive to me through your teaching. I went on to get my doctorate and eventually became chairman of the department of English literature at this university. Now I am retiring. I've thought of you many times, but have never written. Today I write to say, 'Thank you.'"

My daddy lowered the letter. Tears glistened in his eyes and ran down his cheeks. "This," he said, smiling through his tears, "is the finest thing to happen to me this last year." Thankful people smile.

Self-righteous people sneer. Selfish people scowl. Recently, walking through the supermarket, I passed a man wheeling a big cart of groceries. He looked at me and smiled. Even though I was scowling at the time (I always scowl in grocery stores), I found myself smiling back.

Suddenly I felt good—and I smiled at the next person who passed. She, startled, smiled back. If we keep this up. I thought, the whole store will be smiling. That's the way it is with saying "thank you."

It's not enough to feel it. You need to express it. With a leiter, plume call, or in person. And in the process, you become a little more like Jesus.

From 1979 until his death, Jamie Buckingham (1932-1992) wrote the "Last Word" column for Charisma magazine, which originally published this article. He was the editor of Ministry Today magazine at his untimely death in February 1992—more than 20 years ago.