⇑ back to "Features"

Seven characteristics of the end-time prayer and worship movement 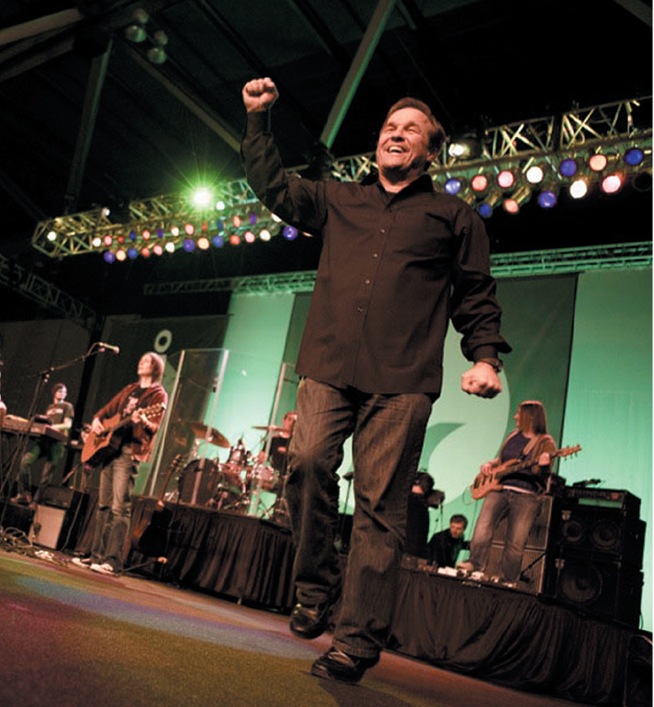 What we are witnessing today, with the rapidly growing worldwide prayer and worship movement, is the beginning of the fulfillment of biblical prophecies about the end times. No one knows the day or the hour of Jesus’ return, but we do know that it will be in response to the church—His bride—beckoning Him to come (see Rev. 22:17). While Scripture is filled with the defining characteristics of this end-time worship and prayer movement, I want to focus on seven that I believe are particularly key.

1. It will be God-centered (Rev. 4:8; 5:11-14; Is. 24:14–16). Those nearest God’s throne are most qualified to proclaim the truth about who He is and what He does. God desires that His people would encounter His majesty and love and that in turn they would offer up their praise for who He is. Worship is a witness on earth to the indescribable value of Jesus. Our worship and prayer are best energized when we experience intimacy with God’s heart. The Father relates to us with tender mercy, and Jesus, our Bridegroom God, relates to us with fiery desire (see Is. 54:5; 62:5). In Revelation 22:17, John prophesied that the Spirit and the bride would say, “Come, Lord Jesus!”

2. It will be continual (Rev. 4:8; Is. 62:6-7; Luke 18:7-8). In Revelation John witnesses celestial beings who “do not rest day or night, saying: ‘Holy, holy, holy ...’ ” (see Rev. 4:8). God desires to be worshipped on this earth just as He is in heaven—unceasingly. Isaiah prophesied of an end-time prayer movement that will not rest night and day until God’s purposes are fully established (see Is. 62:6-7), and Jesus spoke of prayer going forth night and day until His justice is fully released (see Luke 18:7-8).

While there are locations where 24/7 prayer and worship is occurring in one place, the concept of night-and-day prayer is most fully expressed by the body of Christ offering up prayer from many different locations across a city or region. God’s call to 24/7 worship and prayer is not a mandate to organize it all in one building but to build a prayer culture among His people across cities, regions and the world. In your own city or region, it will arise through the collective efforts of hundreds of prayer meetings held in homes, churches, universities, the marketplace and elsewhere.

3. It will be global (Is. 24:6-7, 42:10-12, Mal. 1:11). The end-time worship and prayer movement will extend all across the earth. Isaiah prophesied that even in the remote islands of the world God’s people would sing to Him in worship and intercession. God’s people will worship from one end of the earth to the other until Jesus returns (see Is. 42:10-15). Simply put, this movement will extend everywhere—even to the darkest and most forbidding areas—with individuals from every tribe, tongue and people group offering their worship to Jesus (see Mal. 1:11).

5. It will be missional (Rev. 7:9,14). The end-time worship and prayer movement will be instrumental in ushering in the greatest harvest of souls in history (see Matt. 24:14; Rev. 7:9,14). In the New Testament church we see a pattern in which believers in communities such as Jerusalem (see Acts 2) and Antioch (see Acts 13) gathered in prayer, and from those prayer meetings missionaries were sent out and evangelism movements were unleashed.

6. It will be youth-oriented (Mal. 4:5-6). Malachi prophesied that the Spirit would turn the hearts of the fathers to the youth during the generation in which the Lord returns (see Mal. 4:5-6). Spiritual fathers and mothers will focus on God’s purpose for young people in the end times. David spoke of worship flowing out of the mouths of babes, from which God will release His strength to silence the enemy (see Ps. 8:1-2). Similarly, he prophesied about young people volunteering for the Lord’s end-time army at a time when God’s power would be openly manifest in the nations (see Ps. 110:3,5).

7. It will be unified (John 17:21-23; Eph. 3:18). Jesus prayed that the Father would pour out His glory, enabling His people to walk in unity for the sake of the gospel (see John 17:21-23). God has entrusted different aspects of His purposes to different parts of His body, and out of necessity, but borne of love, the prayer movement will be profoundly unified as each member serves his or her function.

From this position of strength we will work together to fulfill the Great Commission and bring in the greatest harvest of souls in history. Jesus will respond to the voice of His bride calling out as one with the Spirit for Him to come in power, to vanquish His enemies and to fill the earth with the knowledge of the Lord.

Here is a look at the many different places and ways people are praying throughout the earth—and this list is not comprehensive! The International House of Prayer (IHOP-KC) honors all these prayer ministries, but it is not affiliated or organizationally linked with any of them.

At the International House of Prayer in Kansas City, Mo., prayer and worship have been offered up night and day since Sept. 19, 1999. IHOP-KC is only one of more than 500 known houses of prayer and prayer watches in nearly every state of the U.S. and in Canada. In addition, approximately 1,000 prayer furnaces are on American college campuses.

Key church leader César Fajardo is establishing a prayer room at the heart of his growing church in Bogotá, Colombia. Night-and-day prayer watches have been established in several prisons in Argentina, leading to dramatic changes in the atmosphere of the prisons. Believers in Caratinga, Brazil, have begun a prayer ministry with the aim of establishing day-and-night prayer.

The 24-7 Prayer movement led by Pete Greig, director of Prayer for Holy Trinity Brompton in London, has established long-term intentional prayer communities called “boiler rooms“and organizes weeks of prayer among many churches in the United Kingdom. Its model for prayer is being used throughout the earth. The London House of Prayer is moving in the direction of leading prayer meetings night and day. Several prayer rooms have been planted in other urban hubs in England, Scotland and Wales.

Tabernacle of the Nations in Amsterdam (Netherlands) is aiming to pray night and day in the city’s Red Light District. Herrnhut House of Prayer is only one of several prayer expressions in Germany. Prayer rooms, boiler rooms and other prayer ministries exist in Ireland, Switzerland, Austria, Czech Republic, Poland, Romania, Macedonia and Spain.

Several different prayer rooms in Israel, including Succat Hallel, Jerusalem House of Prayer and the Prayer Pavilion, operate night and day. Others in the Middle East include the Istanbul House of Prayer in Turkey and Tent of Praise in Beirut, Lebanon. In Egypt, which has recently experienced much political turmoil, the Cairo House of Prayer is growing. The largest congregation in Egypt, Kasr El Dobara, has taken a leading role in encouraging prayer throughout Arabic-speaking nations. A house of prayer has also been planted in Alexandria.

A culture of prayer is evident in many churches in Uganda. World Trumpet Mission’s Africa Prayer Mountain For All Nations, outside Kampala, is a specific expression of focused, continual prayer. Prayer gatherings often grow into the millions in southern Nigeria. In Rwanda, several ministries have undertaken night-and-day prayer, including Zion Temple of Authentic World Ministries. In addition to its thousands of prayer watches throughout the nation, South Africa is the home of Global Day of Prayer, which has mobilized more than 400 million people around the word to pray at the same time.

Prayer Mountain, founded by pastor David Yonggi Cho in the 1970s, is just one of more than 100 prayer mountains in South Korea. There are in addition many other prayer watches and chains focused on world missions. Prayer has become a dimension of Korean culture.

Several night-and-day prayer ministries, including Royalkids Prayer Ministries, combine prayer with care for destitute orphans in India. A house of prayer has also been planted in New Delhi. In addition to houses of prayer in Taiwan and Hong Kong, the Shanghai House of Prayer and thousands of “prayer walls” have been established in mainland China. Prayer towers have been established in more than 500 cities in Indonesia.

In addition to several 24-7 Prayer initiatives in Australia, the Australian House of Prayer for all Nations runs in Adelaide. The Tauranga House of Prayer is laboring to establish night-and-day prayer in New Zealand.

Jono Hall is the director of media at IHOP-KC and leads the full-time media school at IHOPU. He graduated with a law degree from Exeter University in England in 1999. From 1999 until 2003 he worked for GOD TV.